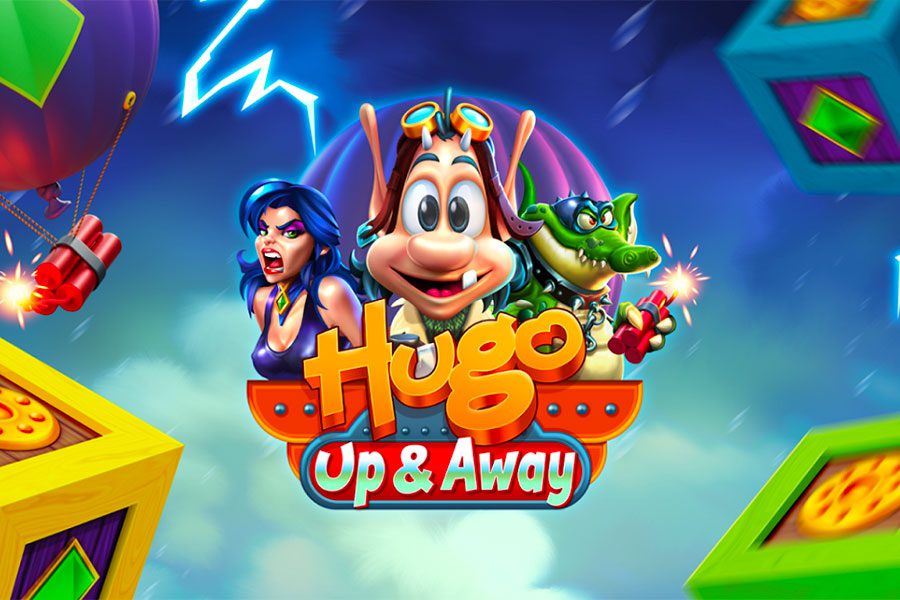 FunFair Games, in collaboration with 5th Planet Studios, has announced the release of its latest multiplayer crash-styled title, Hugo: Up & Away.

The game builds on the features of a crash game and the iconic 1990s animated gameshow character to bring an immersive, cinematic and exciting gameplay experience. The partnership with Copenhagen-based 5th Planet Studios granted FunFair the IP rights to the beloved character.

The game is based on Hugo the troll, the popular Scandinavian cartoon character known to go through many adventures, mostly to protect his family. In the game, players get to play as Hugo himself as he navigates thunderclouds and lightning storms in his vintage red twin-prop plane. As he goes, he collects jewels and also avoids enemy TNT explosive balloons launched his way. The game is essentially a modern twist to the classic Hugo story of the ’90s interactive television gameshow in which the character featured.

Players earn through the game by avoiding a crash as they fly higher and their points increase. The maximum 2,500x multiplier feature of the game means that the higher the player flies, the more their winnings. The only danger here is that once one of the deadly lightning strikes the player, they lose all accumulated points. So, they must decide when it is time to parachute to safety and cut their losses.

The multiplayer feature adds a social element to the game. Players can place two bets each round to benefit from the game’s auto-eject feature that is sure to reward them with huge winnings.

Hugo: Up & Away contains the same mechanics as FunFair’s AstroBoomers: To the Moon! FunFair continues to develop social, interactive, and easy-to-play games for the next generation of gamblers while providing a truly entertaining gaming experience.

Mark McGinley, CEO of FunFair Games, said: “Hugo Up & Away has the potential to be one of our most popular releases, with the Scandinavian franchise having gained a broad following thanks to a consistent flow of gaming and cinematic adaptations since the 90s.

“We’re delighted with the final product and have to thank 5th Planet Games for its support throughout the development process. We can’t wait for players to enjoy this vibrant title that combines elements from the original game show and harmonises it with the thrilling crash game elements.”

Mark Stanger, CEO of 5th Planet Games, added: “We are excited to bring Hugo into a completely new and exciting vertical in the real money gaming space together with FunFair Games. With a crash scene being the focal point of the original TV show, we have found the perfect match in FunFair Games with their expertise in creating engaging crash-style content, and we couldn’t be happier with the result.

“Hugo remains an extremely popular character in countries around the world and offering a modern twist of the original story was an opportunity we could not turn down; we look forward to introducing the game to fans old and new.”